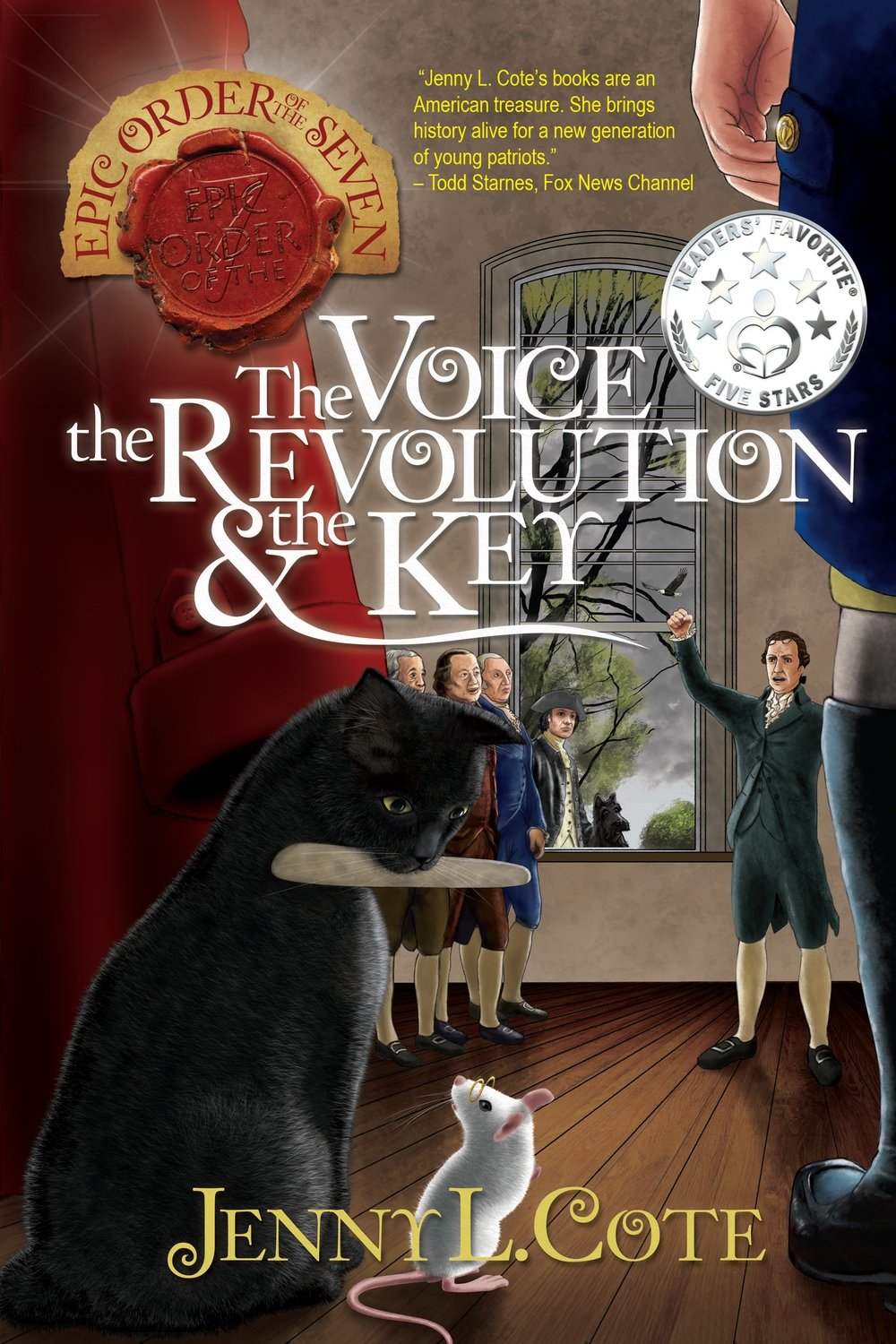 The Voice, the Revolution, and the Key (Book Seven) Non-Personalized

One voice rallied a nation to Independence with seven words:
"Give me Liberty, or Give me Death!"

Picking up where The Roman, the Twelve, and the King left off, with the 1743 London premiere of Handel’s Messiah, the Order of the Seven animal team must split up for their next mission: the birth of a new nation. Team leader Gillamon tells them, “Each of us will be witness to a unique point in history because of a unique generation of world leaders. Most of them are just children now, or have not yet even been born. Take note of how important one generation of children can be. Marvel at each child and the power they have to change the history of the world for the good of all.”

Liz, Max, Nigel and Clarie sail for the colony of Virginia to deliver a letter that will impact Liz’s assigned human: Patrick Henry. Liz must help young Patrick find his true purpose in life—to become the Voice of the Revolution. She begins her quest when he is a seven year-old boy who cares more about fishing and exploring the forest in Virginia than about school. Her task will take time, as Patrick Henry will fail at everything he tries. Liz eventually leads Patrick to take up law, and finally accomplishes her mission when he finds his powerful voice in a courtroom. Little does Patrick Henry or the colony of Virginia know that his voice will set the ball of the American Revolution in motion. Henry will be the only one bold enough to first speak out against the tyrannical King of England, calling for the colonies to rise up and fight for independence. “Liberty or death!” becomes the battle cry to unite thirteen solitary colonies as one nation under God to fight the mighty British lion.

Meanwhile, Max must see to the protection of young George Washington, who inadvertently starts the French and Indian War. The enemy will mount continual assaults on Washington, from enemy snipers to treasonous members of his military staff. If he is lost, all is lost. Nigel goes on a high-flying kite assignment with Benjamin Franklin to ensure the success of an experiment that will impact the outcome of the war in ways no one could imagine. Al remains in London to live in the royal palace, gathering intelligence right under the nose of King George III. The simple-minded cat will be responsible for delivering some Common Sense to America. Kate is assigned to the richest orphan in France, the young Marquis de Lafayette, who is crucial to the entire quest for Independence, but will she be able to save him from the beast lurking to catch him in the forest of Chavaniac? See how the world changed with one generation. Before they were Founding Fathers, they were Founding Children. (Recommended for ages 10 and up. Book One in the new Revolutionary Saga, Book Seven overall.) Signed by Jenny (but without personalized dedication), and "Pawtographed" by the real Max and Liz. Pages: 605.