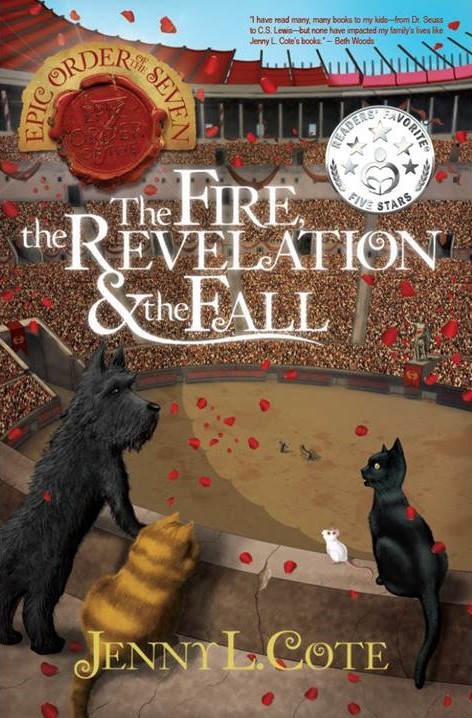 The Fire, the Revelation, and the Fall (Book Six) Personalized by Jenny

The stage is set for an epic battle between the Fire of God and the Fire of Lucifer. Which Fire will ultimately be victorious to catch and blaze across the Roman world and throughout history? The events of Acts leading to Revelation come to life as the Order of the Seven animal team surrounds the early believers who face impossible odds and take the gospel to the ends of the earth. Journey with Paul through his trials, imprisonment, shipwreck and struggles, and be the first to read his powerful letters that will define Christianity’s core beliefs. Experience the heartache of the martyred disciples and those whose blood is spilled in the arenas of Rome as they cling to faith in Christ and the coming Revelation. Cheer the miraculous rise of the Church against the backdrop of murder, intrigue and power struggles of Imperial Rome. Recommended for ages 10 and up. Book Six (the exciting conclusion of the two-book saga of Acts following The Wind, the Road, and the Way.) Book will be personalized by Jenny and Pawtographed by the real Max and Liz. Pages: 574.